As some of you know, and others of you fear, October 15th is just a few weeks away.  In our office, the significance of October 15th is that it is the date that individuals who filed extensions must complete their tax returns.  There are many reasons to file on time, but I’m going to touch briefly on three of them today, since I need some time to complete my own return (kidding, I’m just kidding).

The Internal Revenue Code is full of rules that penalize taxpayers for non-compliance.  If you don’t file by October 15th, the IRS will assess a late filing penalty of 5% of the balance due with the return.  For starters.  If you lapse into a second month of delinquency, the penalty doubles to 10% of the balance due.  This penalty continues to increase by 5% per month for the third, fourth, and fifth month of delinquency, after which it’s capped at 25% of the balance due.  There’s also a minimum penalty that kicks in after 60 days if you owe any tax at all.  The minimum penalty is equal to the lesser of 100% of the unpaid tax you owe or $205. Note that interest is also charged on any balance due retroactive to the original due date of the return.

The Statute of Limitations

Please don’t conclude from my comments above that there’s no ill effect from filing late if you do not owe tax.  If you don’t owe, there’s no Late Filing Penalty, but there are other consequences.  You may have heard that the IRS only has three years to audit your return.  More specifically, they have three years from the filing date to assess tax.  The problem this creates for late filers is that in delaying, they don’t even start the clock.  The three year period commences when the return is filed for a late-filed return.

If you don’t file, the IRS may file a Substitute For Return (SFR) based on the tax information they receive, and send you a bill for the resulting tax.  While this facilitates the IRS’s assessment of tax, it does not curtail further assessment, and it does not start the running of the Statute of Limitations unless the taxpayer agrees to (by signature) the SFR.

Tax returns are frequently necessary to achieve other financial goals including educational financial aid, and all manner of bank and mortgage financing.

I know you’re busy, and certainly you have other things you’d rather do than work on your taxes.  I encourage you, however, to contemplate the pitfalls above in hopes they compel you to action.

Give me a call if I can help you meet this deadline, or if other tax-related questions come up. 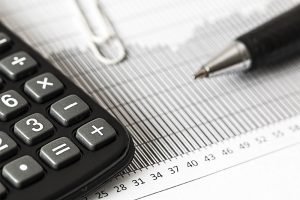